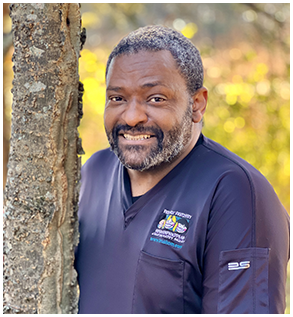 Dr. Stephen E. Simpson grew up in Howell, Tennessee. He graduated from Lincoln Co. High School in Fayetteville and graduated from Middle Tennessee State University with a Bachelor of Science degree in 1986.

He is currently a member of the American Dental Association, an active member of the Tennessee Society of Pediatric Dentistry and Fourth District Dental Society where he served as president from 2002-2005.

Dr. Simpson currently resides in Murfreesboro, where he has been practicing since 1995. He enjoys cycling, softball, video games and providing dental education to the youth in our community.

Our team of specialists are trained and certified in their field. To learn more about them click below...

Join us on our Facebook page for more pictures and info...